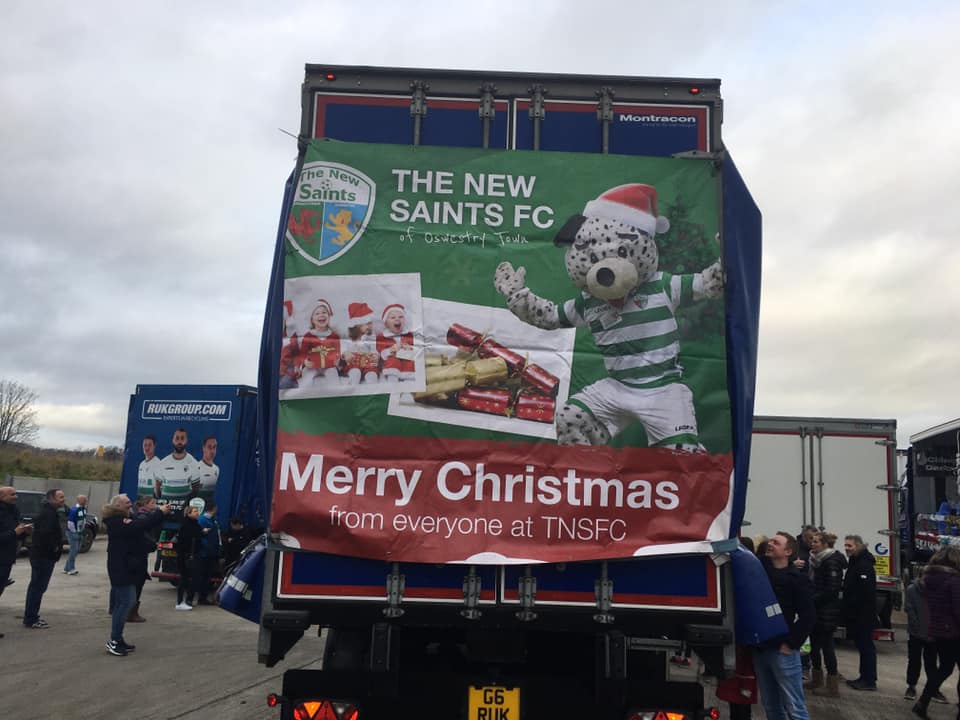 Yesterday (Saturday, December 7) prior to the JD Welsh Cup game against Mold Alexandra, we once again participated in the annual parade through Oswestry. Organised by the Borderland Rotary Club, it was another enjoyable and successful event, as not only were the various floats looking impressive, but the crowds were out in force.

There were two floats this time round from The New Saints – Academy and Foundation – and it’s true to say that both made their mark in terms of noise, not to mention the hundreds of chocolates and sweets thrown to the people that stood along the way.

You can view photographs from the day via our Facebook page: TNS FC media and Brian Jones as well as watching the video, below, that we took along the route.

It was another well-organised event, and from our own perspective, well done to our Academy and Foundation for representing the club so well. Last, but certainly not least, big thanks to RUK Group – the club’s main sponsor – for the provision of the two vehicles.

Live from the TNS FC float at the Oswestry Parade! Croeso i Croesoswallt. Yn fyw!

Posted by The New Saints of Oswestry Town FC on Saturday, 7 December 2019