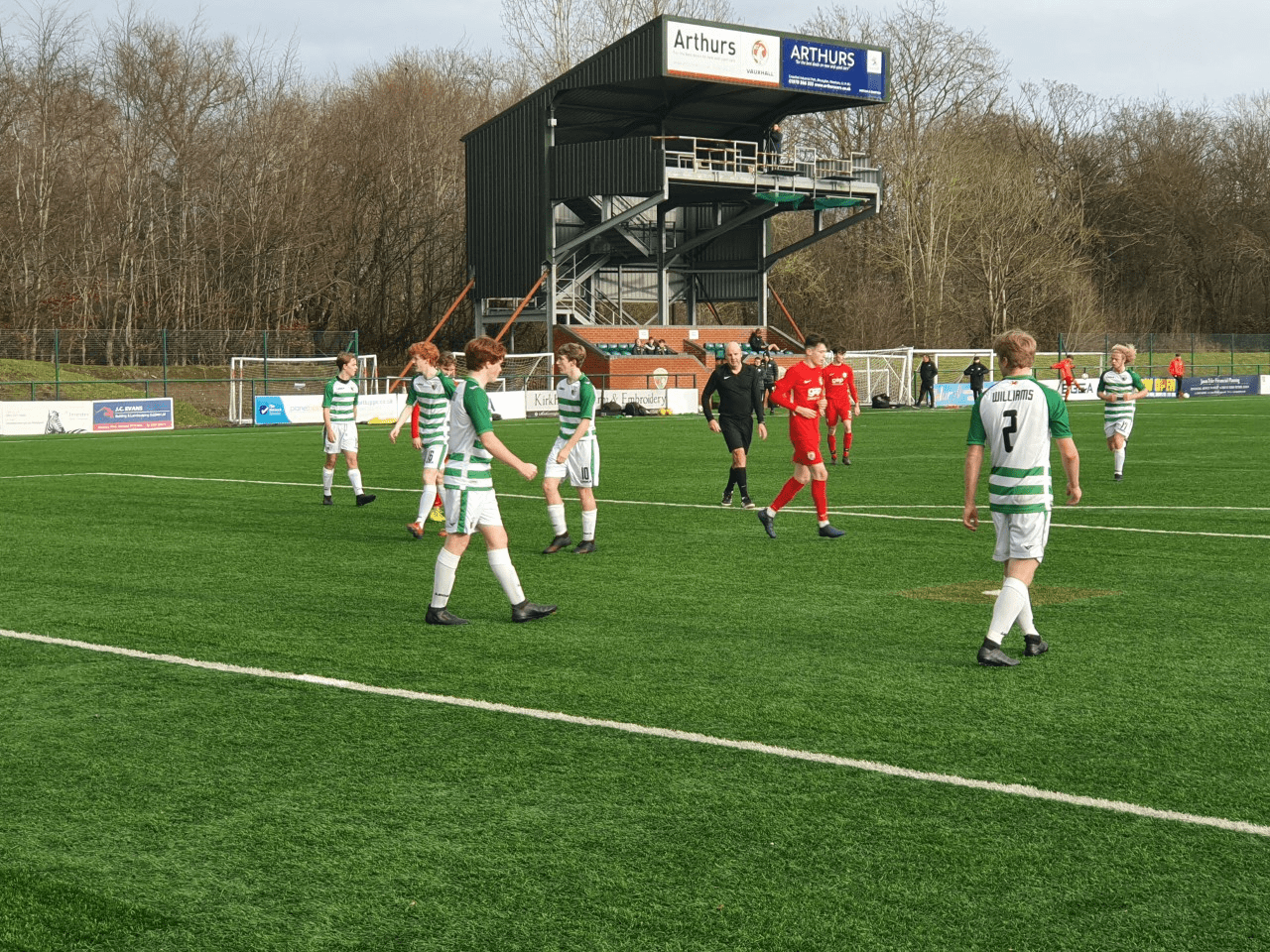 Last weekend, we completed the penultimate weekend of action in 2019, for The New Saints FC Academy, writes Jason Brindley.

And what a weekend it was, full of fantastic games and learning opportunities for our young Saints.

On Friday evening, we hosted ProSoccerGlobal Hungary, with a mixed group of U15 and U16 players. They were a fantastic team, made up of players from very good Hungarian teams, also mixed U15 and U16.

A couple of players were from Videoton, who our first team played in UEFA Champions League Qualification a few years ago. They also had a boy centre mid who plays for the Hungarian National Team, so we knew the challenge ahead for the players.

To be fair, I felt we gave a really good account of ourselves. We defended well when we had to and had a good attacking threat on the counter. I was delighted with the way the boys played and worked throughout the game.

We thank ProSoccerGlobal for the fixture and look forward to future games against them.

Following this fixture, our U15s hosted Port Vale. It’s good to have two fixtures, as it maximises game time for the players. They were two very high standard fixtures as well.

We have a really good relationship with Port Vale, as we look to arrange and grow our network of cross-border fixtures. It’s important that games are of a good level and standard, and we always have good challenges against Port Vale. We thank them for travelling and look forward to playing them with other groups in the future. 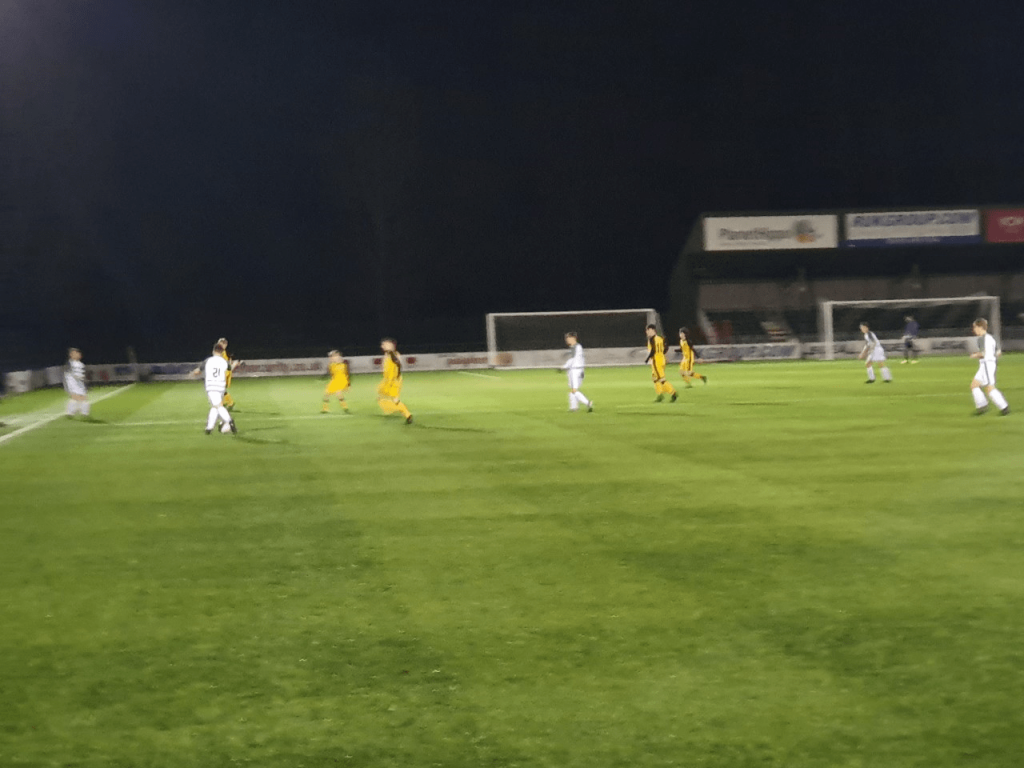 On Saturday morning, our U8s and 9s travelled to Deeside for their second Futsal contact. Despite the wet and cold weather, the boys really enjoyed themselves, and played some excellent football. I’m delighted with the continued development of both groups, individually and collectively.

Our U13s hosted Wirral Schoolboys at Park Hall Stadium. Wirral Schoolboys were excellent, containing some top players from some of the biggest clubs in England. We knew it was going to be a tough game, especially as we were missing a couple of players. However, the boys worked hard throughout and created some good chances. We just weren’t clinical enough on the day. 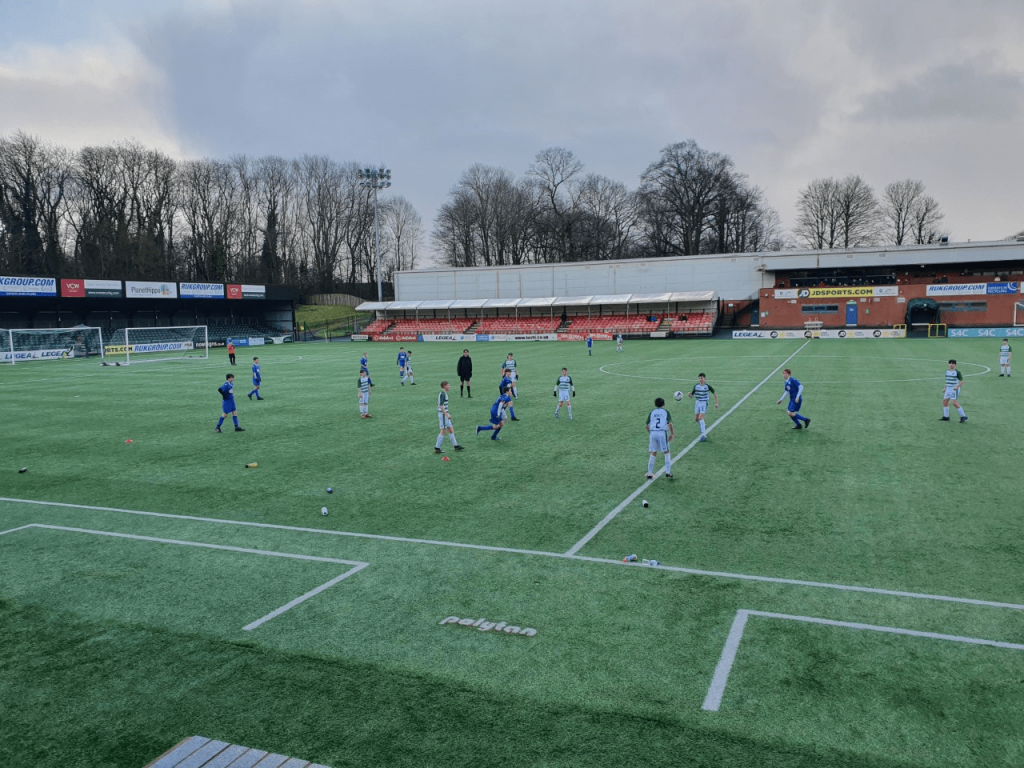 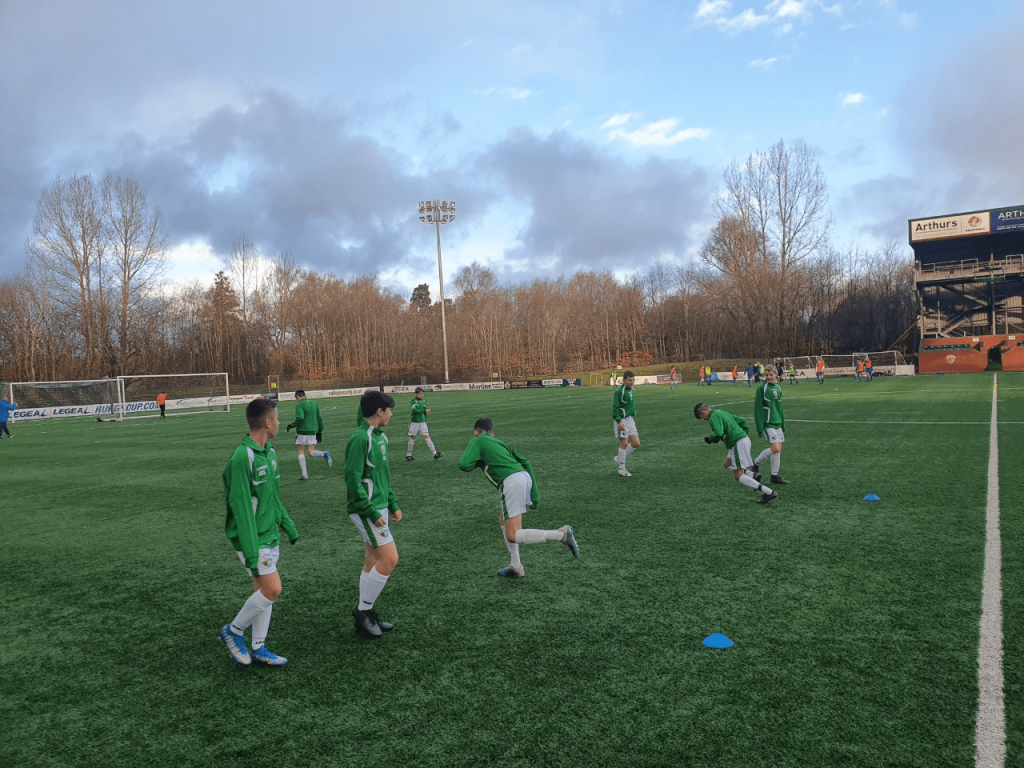 It was a really good test though like I mentioned, against a top side. It’s important to play tough teams, as that is the best way to continue to improve.

We thank Wirral for travelling and wish them luck in their upcoming National Semi-Finals.

On Sunday morning, we hosted Port Talbot at Park Hall Stadium, with our U10s and U11s age groups. It’s good that teams are willing to travel to us to play fixtures. Some make a day of it, with food or bowling as well, so it’s good to have these facilities available at The Venue. It’s Great for team bonding.

Both games were excellent, with some fantastic young players on show by all teams. Both games were also entertaining and beneficial. We thank Port Talbot for travelling to us. 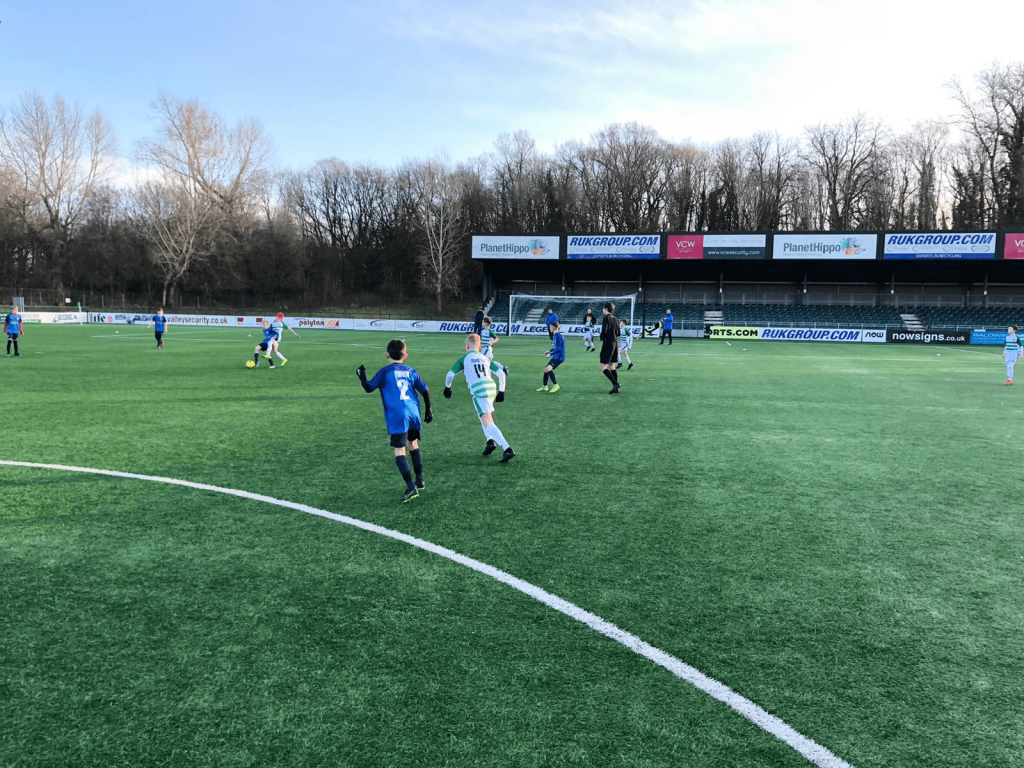 The game was a good advert for the continued improvement of football within Welsh Academy Systems, with both teams playing some good football throughout. The only way for football to improve is for teams to compete and challenge each other, and that was certainly the case with this game. Lots came out of the game. We thank Nomads for an excellent fixture and look forward to the return fixture. 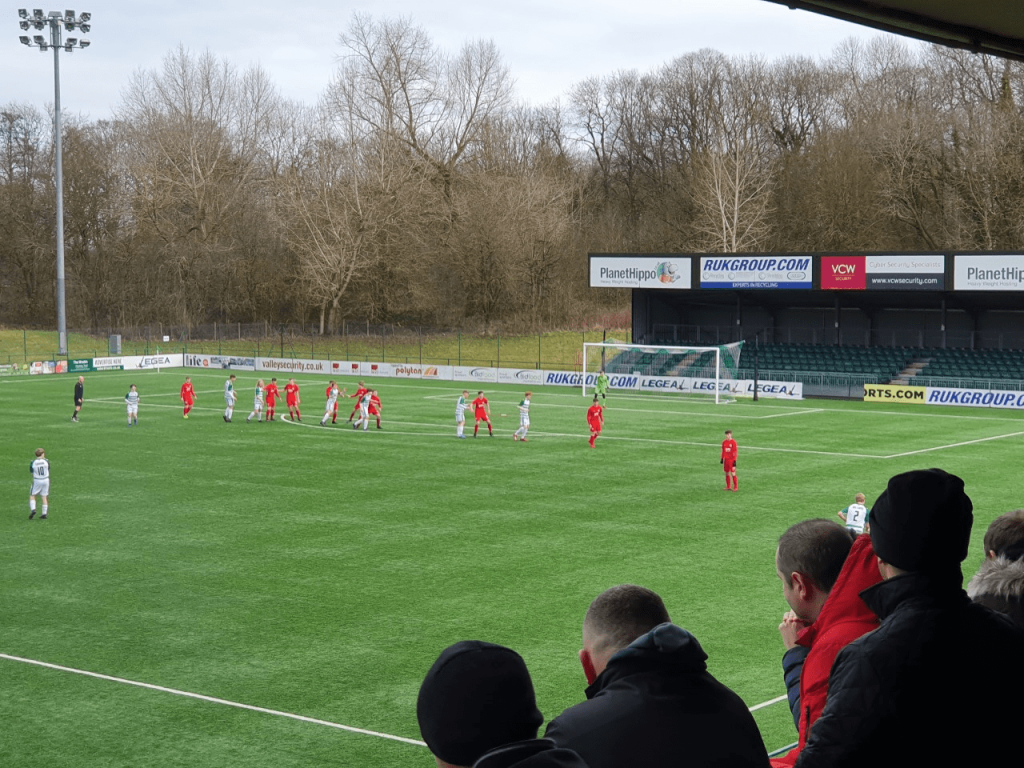 Our U12s and U14s concluded the weekend’s action, with their second Futsal contact, at Deeside.

Our U12s were much improved from week 1, with everything quicker, from ball speed to decision making. We spoke about third man runs and creating overloads and this came out, which was great to see.

There was bravery to play out and our way against bigger more physical teams. I was really delighted with the improvement and understandings from week one. 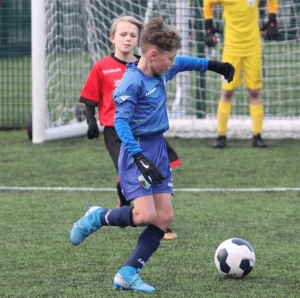 Our U14s continued where they left off two weeks ago, with another good day. Some of the stuff they played was brilliant to watch, with quick combinations, and they scored some great goals.

It was really entertaining and what I liked, was that the subs were encouraging and giving info to players about what they could see and the next pass. This group are developing in other areas and it is great to see. 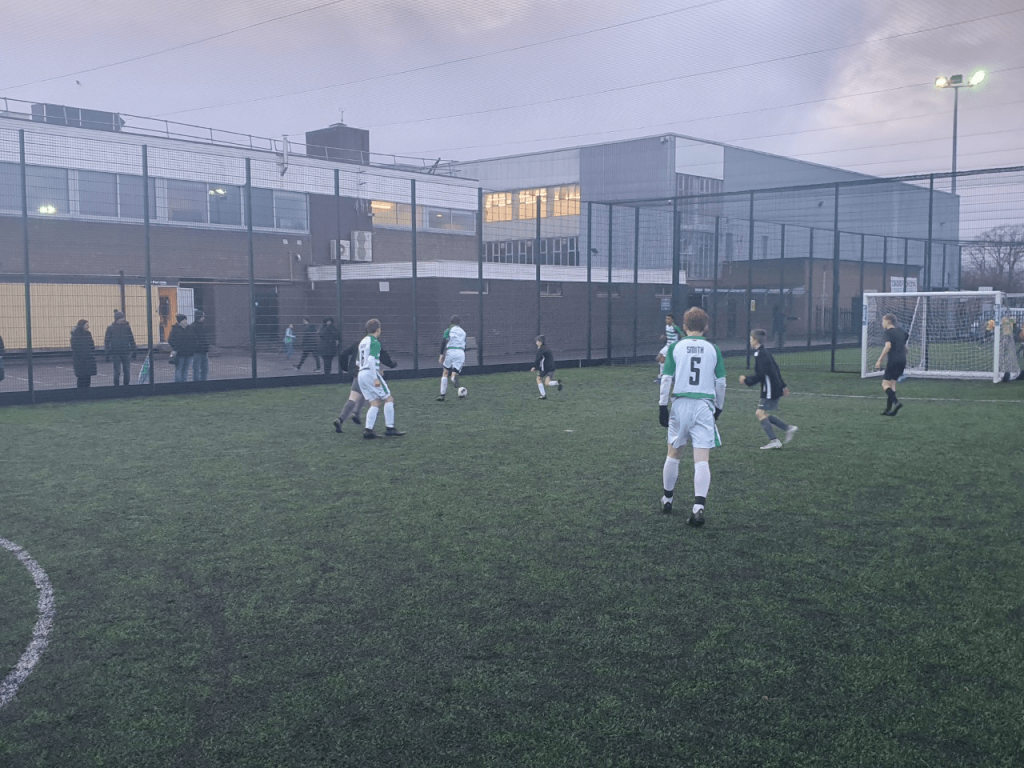 As we conclude and run our final week of Academy programme for 2019, what a year it has been. The club continues to grow and improve, with our football provision and individual player development model at the core of everything we do.

It’s a player centred approach, and it must be. Where is the player in terms of his development? What areas through the four corner model require assistance? How can we help and support him? What can we add to his game?

We have had a great 12 months, and I’m already excited at what the future may bring. We wrap up our programme with our final week of training, the visit of Stoke City midweek and Herald on the weekend, as well as Academy Christmas parties next weekend.