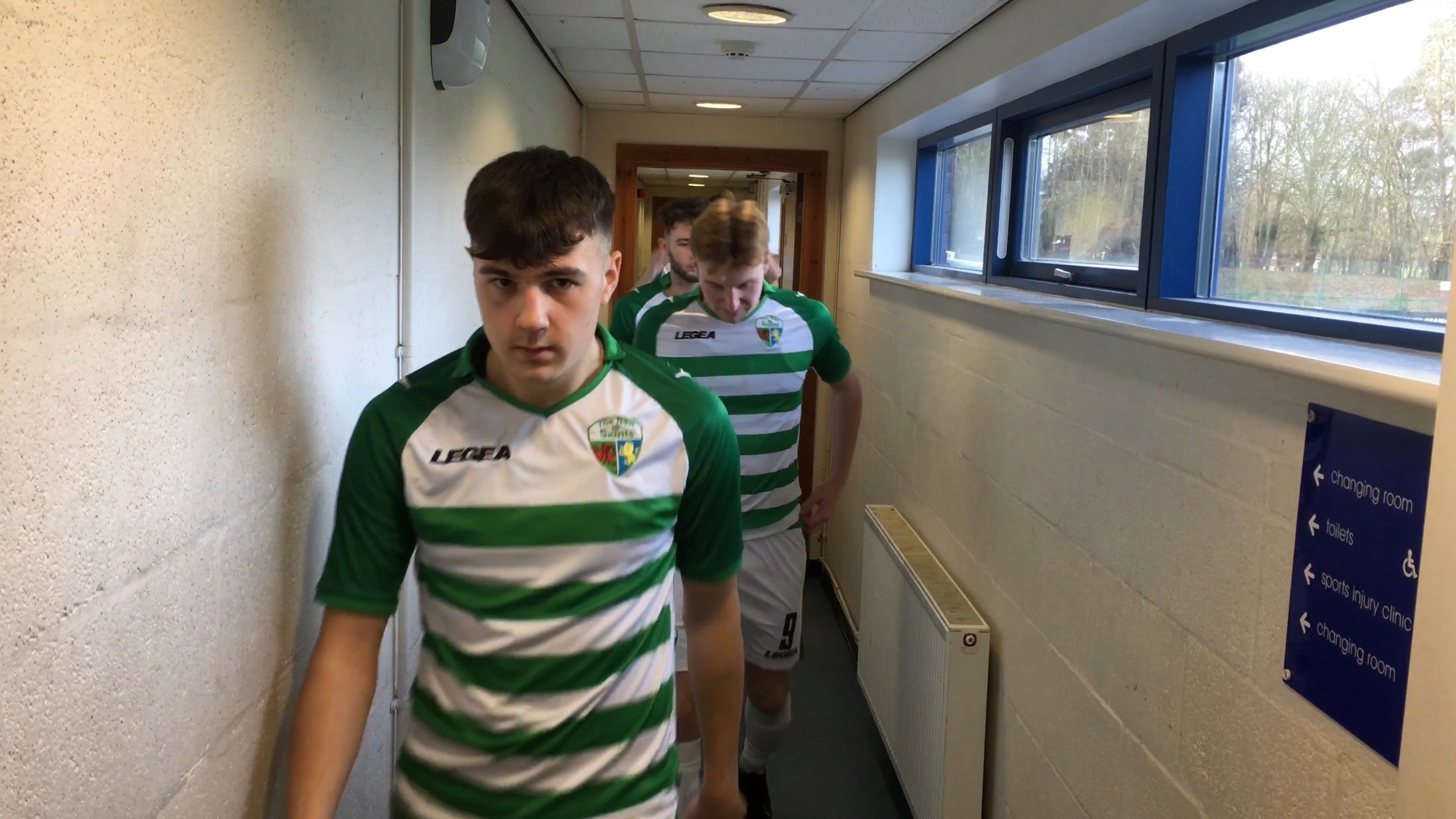 Last weekend he made his debut for the senior side, coming on as a substitute in the 4-0 victory against Aberystwyth Town in the JD Welsh Cup. This time round, it was another domestic competition that he played in, as the U-19s beat their counterparts from Caerau Ely 5-3 at Park Hall, in the FAW Youth Cup.

Leading the team out as captain, Lewis went on to score two goals for the side, as he helped them to victory. Following the game, for the second week on the bounce, he faced the camera in the interview room for a post-match chat.

Another player finding the net twice was Ryan Dacey, who also featured in a post-match interview, as we made it a double one with him and Lewis Rees.

Ryan’s goals were key ones, as he snatched the late equaliser that took the game to extra-time, and then went on to score the fifth, which finally put the game to bed as far as The New Saints was concerned.

Lewis has scored his fair share of goals for the U-19s so far this season, and up there in terms of importance, was the one in this game. With the visitors enjoying a 3-1 lead, and with just nine minutes on the clock, the striker converted to throw a lifeline to his teammates.

You could witness the self-belief in the side, because as soon as the ball hit the back of the net, Lewis gathered it and ran to the halfway line to put it on the spot. There was no time to waste and The New Saints believed that they could win the game.

Victory In The End

Go on to win it they did. With the game going to extra-time, it was Simon Smith’s side who scored twice to ensure that they progressed into the semi-finals of the FAW Youth Cup.

The New Saints didn’t take the lead until extra-time – and the seventh goal – but that showed determination and character. As they say, it’s never over till the fat lady sings, and on this occasion, from a TNS perspective at least, come the final whistle, she was in full voice.

Credit must be given to our opponent from the capital. The team – whose seniors play in the JD Cymru South – certainly didn’t approach the game with an attitude that they were there to just make up the numbers.

They will be deeply disappointed, of course, that they couldn’t hold on to their lead, but when the dust settles and they reflect on the match, they will have plenty of positives and encouragements to take from it.