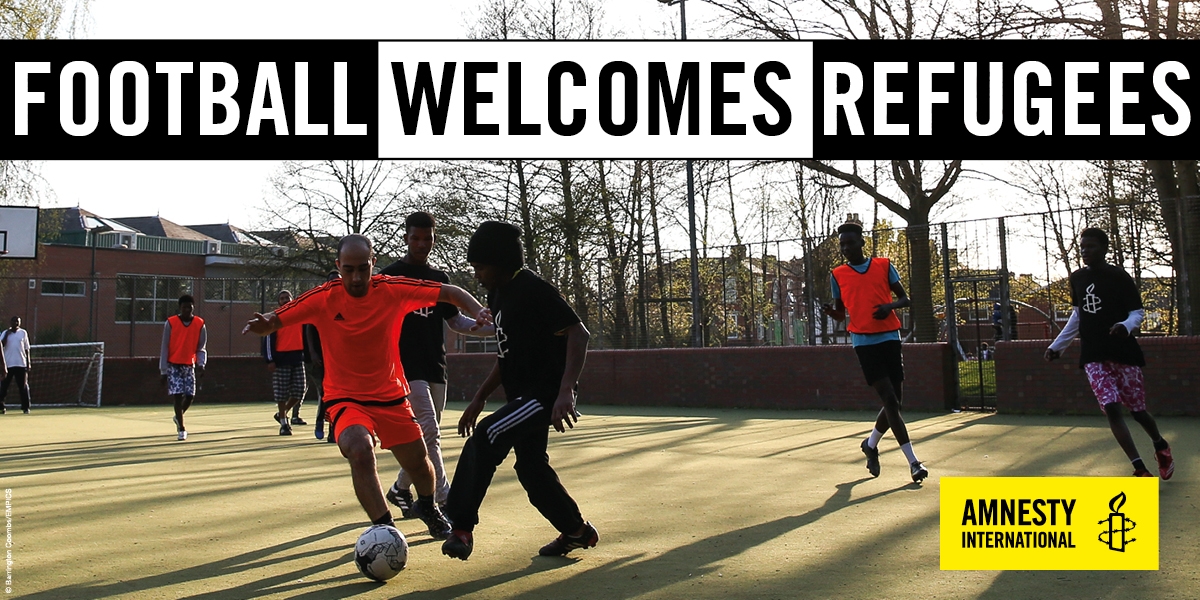 Amnesty International UK is inviting football clubs to take part in its second Football Welcomes weekend of action on April 21/22 2018 to celebrate the contribution refugees make to football. The New Saints of Oswestry Town is participating via tomorrow’s game against Connah’s Quay Nomads, and through TNS Foundation, with several local refugees attending the game.

The first Football Welcomes took place in April 2017, on the anniversary of the arrival in the UK of a group of child refugees from the Spanish Civil War, who went on to become some of the first refugees to play professional football here.

Thirty clubs took part, from the Premier League to non-league, putting on tournaments for refugee and other participants in their community programmes, offering free tickets for refugees, player visits or stadium tours and promoting it on social media and in their programmes and websites.

Football Welcomes is part of Amnesty UK’s I Welcome refugees campaign, which launched in September 2016 and has a strong focus on local communities.