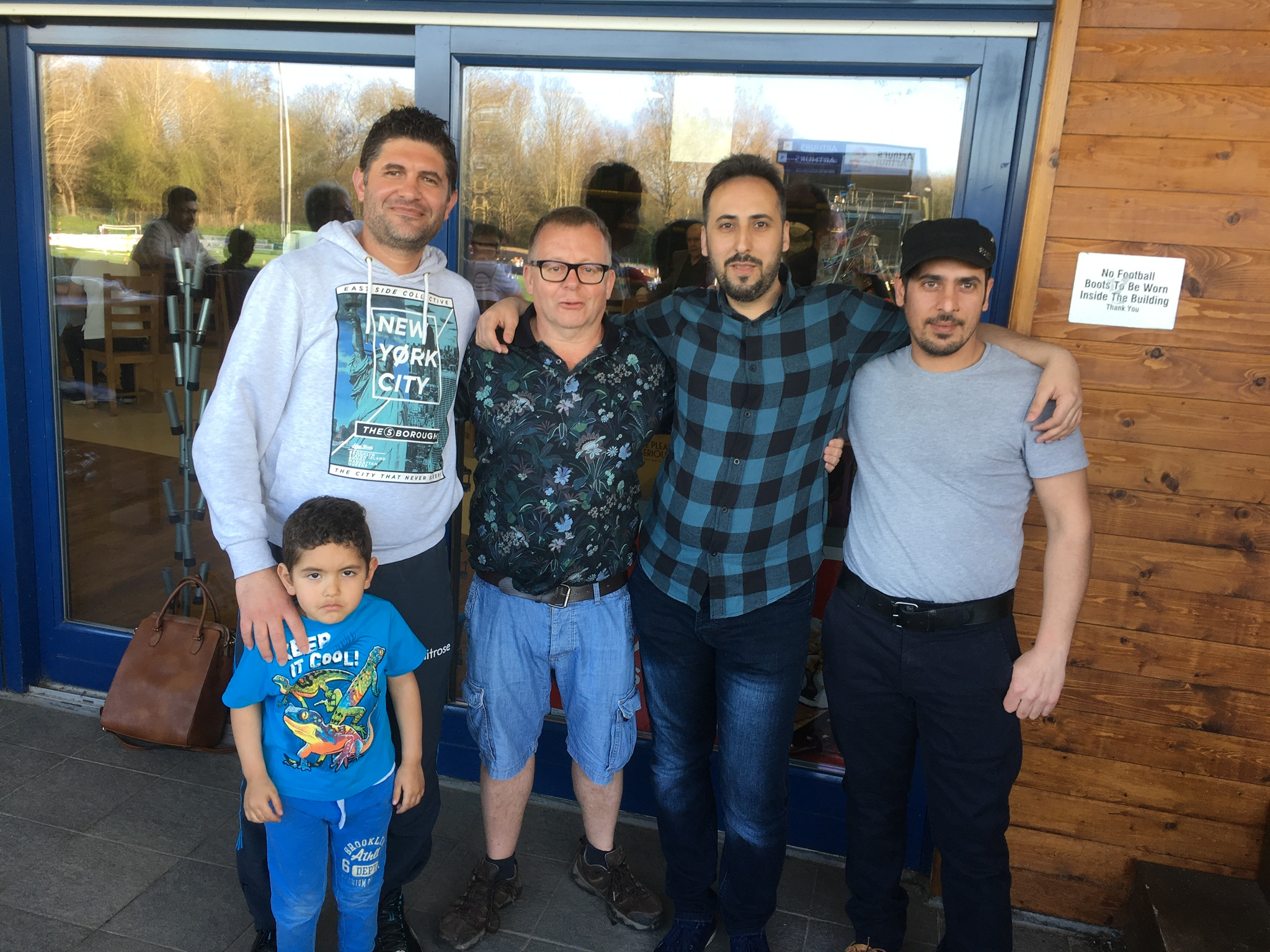 By Stewart Bloor   |   April 22, 2018
Comments Off on A Successful Football Welcomes Weekend At Park Hall

As mentioned in a previous article  The New Saints Supports Amnesty International’s Football Welcomes Weekend we participated in the initiative and on Friday (April 20, 2018) we welcomed a number of Syrian refugees to the game against Connah’s Quay Nomads.

TNS Foundation’s Gill Jones expressed her delight at how well the evening went, before adding: “They met Chairman, Mike Harris, and enjoyed the match, after receiving corporate hospitality from the club. All families were given TNS ‘goodie’ bags to go home with and we hope very much to welcome them to future matches as TNS supporters.”

The lead photograph shows some of our Syrian friends posing with Mike Harris before the game.

Fantastic hospitality tonight from Saints boss Mike for some of our Syrian refugee chaps who love their footy https://t.co/sKMJ6yZryY pic.twitter.com/awl3QjheHb