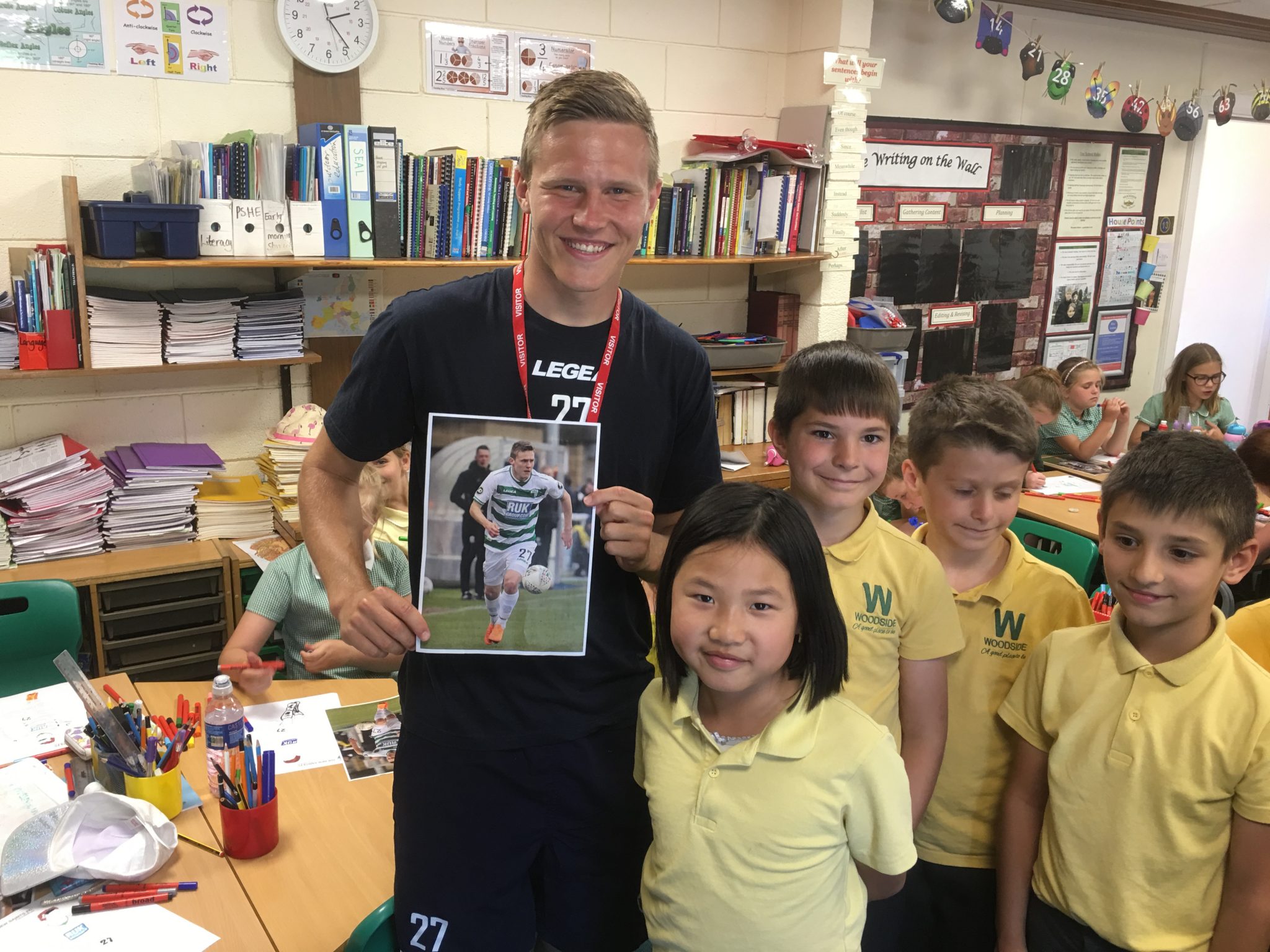 This week, with the class work involving colouring images of the three players, their appearance was very well received. All three players participated fully and were a real credit to the Foundation, the football club and themselves.