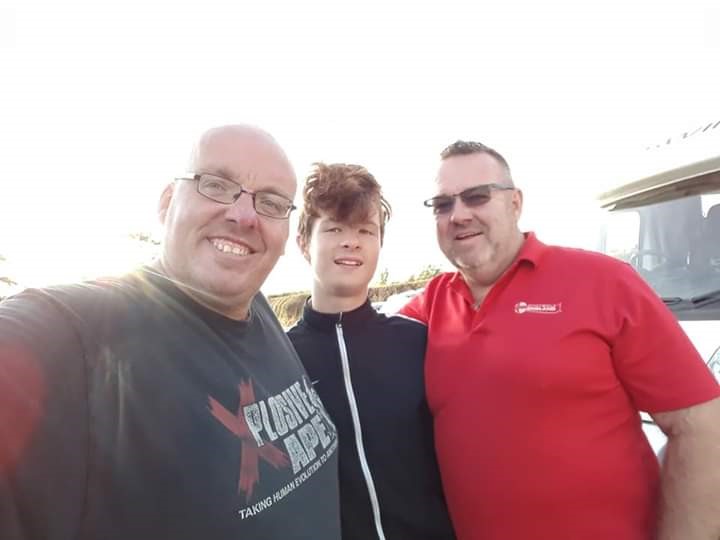 By Stewart Bloor   |   September 19, 2019
Comments Off on Congratulations, Father And Son, As The Greenshields Duo Represent Wales At Footgolf

“It was a great weekend, which saw JJ, my son and TNS FC volunteer, get a late call-up,” enthused The New Saints’ Community Foundation’s Wayne Greenshields, as shared about his recent footgolf experiences.

“On the Saturday, I was paired with UK number two, Karl May, who was European champion in 2017. Although I lost to him and Scotland’s captain, Rory Cassidy, the experience playing with this calibre of player was astonishing and I learnt so much.”

“JJ was drawn with a tough group also but enjoyed the experience and gained a lot from it.”

The following day, it was the Welsh Open, which was the final tour event on the UK circuit. Also played at Silver Birch, near Abergele, the facility welcomed 72 players. Wayne had a great 36 holes and in his own words he was, “pleased with my score and ever-growing experience in the game.”

“However,” continued the popular Park Hall figure, “stardom goes to JJ, who ranked number one in the Welsh Juniors competition, seeing him finish the year as Wales Under-16s champion.”

“Obviously, I’m a very proud father and loving the experiences”  before, with a smile and a laugh, he concluded, “I’m suffering from a broken big toe on my right foot now though.”

Everyone at The New Saints congratulates Wayne and JJ on their achievements over the weekend. Plus of course, all the best to Wayne on the road to recovery.