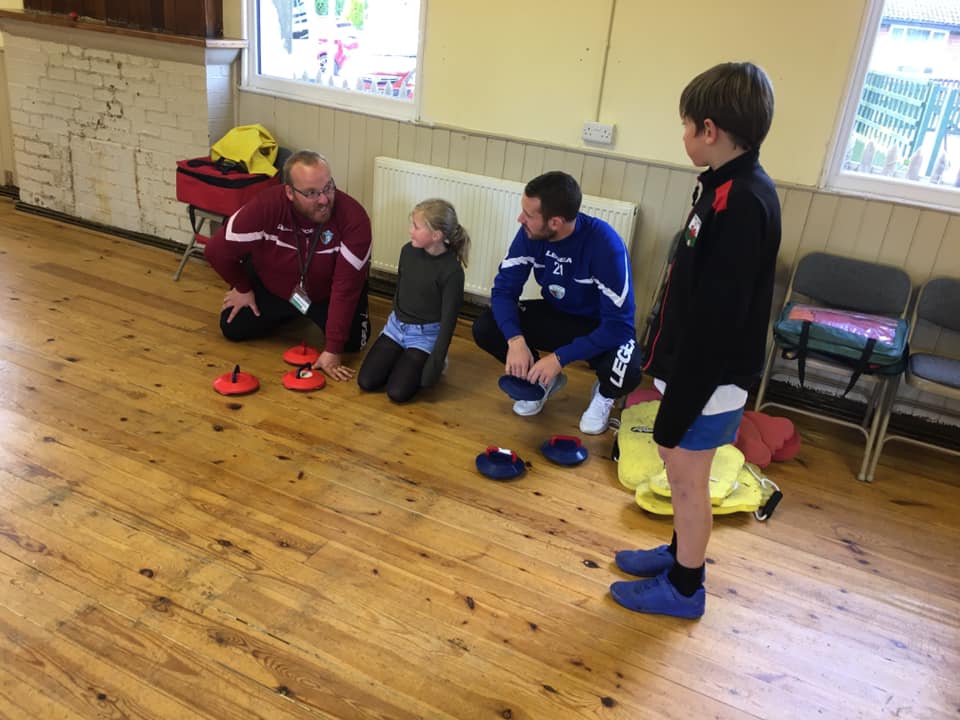 Last Saturday’s unexpected snowfall led not only to postponement of the game against Carmarthen, but also to disappointment for those of us who were looking forward to the first opening of our new Junior Fanzone at The Venue.  The last minute rush to make sure the space was fitted out to greet our junior supporters was all to no avail as the match was called off, and would-be supporters failed to make their way to The Venue through the snow.

We are planning now to have an official opening of the space at our home match on 20th December – we’d love to welcome our young supporters to the area then, but in the meantime do take a look at the newly refurbished space alongside the ten-pin bowling alleys.

Signage has been designed and provided by Now Signs, who are based at Gledrid – thanks to them for all the work they have put in, as well as to the Premier League Fans Fund which has helped to fund creation of the Fanzone.

The area is also available for our newly-launched football birthday party packages, which include our superb new junior supporter packs/birthday bags.  Birthday party packages offer you exclusive use of the Junior Fanzone, with various options eg for photos with trophies, visits from first team players, Spot the Dog, as well of course as a game of football with one of our great Foundation coaches on the 3G pitch.  To find out more contact us at info@tnsfcfoundation.org.uk.

In each update, I aim to focus on a different part of the Foundation – and this time round it’s the turn of the Schools team.  Headed up by Shaun Braddock-Bould, the team provides a wide variety of sports provision to local primary and secondary schools – from PE Continued Professional Development (CPD) for teachers, to Planning Preparation and Administrative (PPA) cover, to numerous after school clubs, offering activities ranging from netball to gymnastics and football to dance.

We currently have contracts with ten local schools, as well as ad hoc arrangements with several others.  Our teaching team comprises a number of qualified teachers, who work very closely with their schools to ensure that their delivery meets curriculum requirements, and also to add value to the wider school experience – whether this is through specific initiatives such as anti-bullying week, Show Racism the Red Card, etc, or involving our First Team players in school visits and workshops, school fetes, etc.