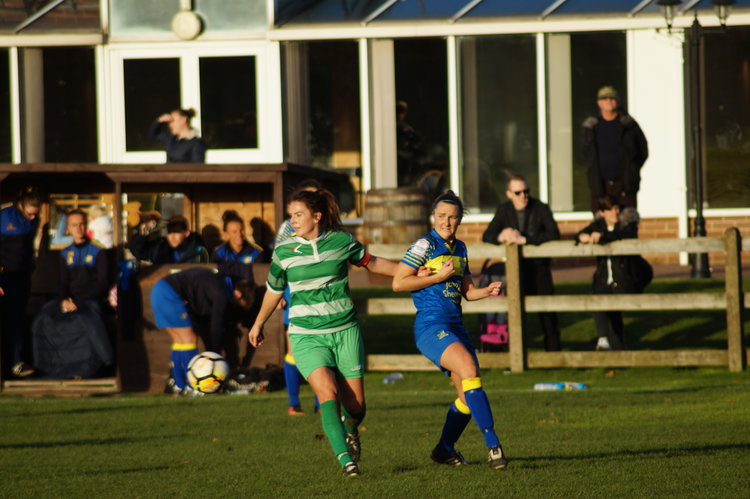 By Stewart Bloor   |   October 30, 2017
Comments Off on Seven Wins From Nine As TNS Ladies Return To Winning Ways

The Saints returned to winning ways making it seven from nine with a comprehensive win on the road to high flying Solihull Moors.

After the disappointment of a heavy reverse last time out to Sheffield United LFC, a big response was needed, and a big response it was from a side seemingly brimming with confidence.

Both teams were happy to feel their way into the game, cancelling each other out, on what proved a very tricky pitch.

The main talking point early on was firstly the surprise withdrawal of centre forward Emily Ridge, who had clearly failed to fully recover from a sprained ankle received the week before, yet who had still been dangerous enough to have a clear penalty shout turned down on 18 minutes, when she appeared to be brought down by the Solihull goalkeeper.

Then a goal-saving header from Hannah Yates, clearing an in-swinging Solihull corner destined for the top corner, against the bar and away to safety.

TNS eventually broke the deadlock on 36 minutes, Sophie Davies converting with a superb strike from 12 yards following a penetrating run and reverse pass from the ever dangerous Laura Morris.

It was Davies again with the second moments before half time, a superb twenty yard strike that went straight through the keeper’s grasp. 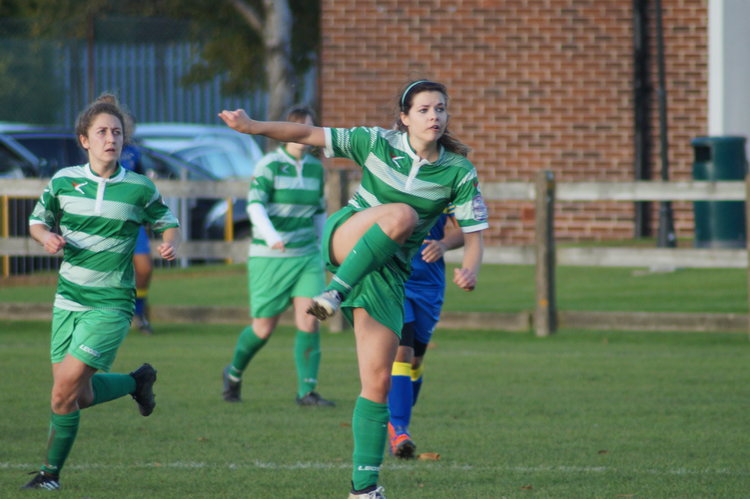 The Saints pushed early for the all important third goal, which duly arrived on 55 minutes. A long kick from Del Morgan who’d been brought in to replace Stacey Garnham, was collected by Morris who fed Bebbington.

Finding herself one v one she was quick enough to prod the ball past the onrushing keeper before rolling it into the empty net.

The icing on the cake came with a much deserved fourth goal, with Kim Bebbington tapping in at the far post following good work by Phoebe Davies and Maddie Jones.

A delighted Andy Williams was full of praise for his team afterwards:

“After the disappointment of last week this was the perfect response, exactly what I’d asked for. We knew Solihull would make it difficult for us today, but application was excellent throughout.

I thought the players really showed how much they wanted an improved performance and the three points. As a team we are pushing hard and striving for consistency. It will come we know that, we just need to keep believing in our ability and build on this next week against Sheffield Steelers.”