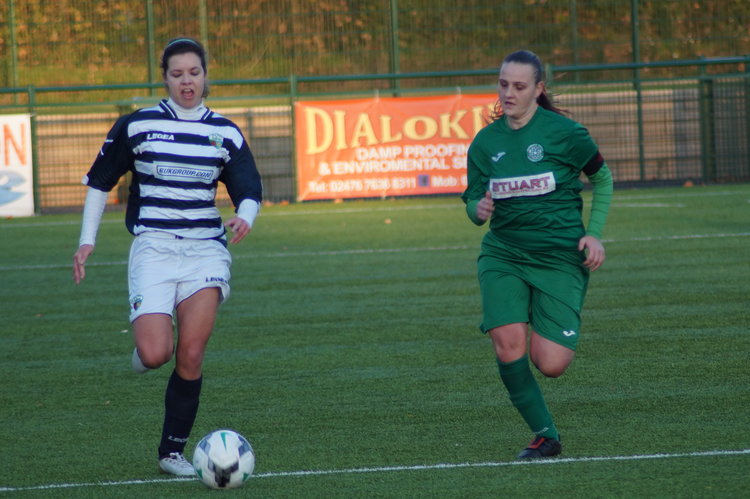 By Stewart Bloor   |   November 13, 2017
Comments Off on A Well-Rounded Performance At The Oval As TNS Ladies Progress In The Cup

SSE Women’s FA Cup – Round One

A resolute defensive display and a goal in each half from top scorer Emily Ridge saw off Bedworth United LFC as  The New Saints LFC went into the hat for Round 2 of this season’s SSE Women’s FA Cup.

On a cold yet dazzling afternoon at The Oval, it was Emily Ridge who got The Saints off to the perfect start after only five minutes. In typical fashion she raced through to latch onto a misplaced back pass, slotting home right footed past the on-rushing Bedworth goalkeeper, following good build up play by Lewis, Canlett and Morris.

Having conceded only once in their previous five games Bedworth were not deterred. They responded quickly, fashioning three good attempts that on another day may have gone in; missing the target on each occasion the TNS goal remained intact.

TNS were having plenty of the ball without being able to penetrate a well organised and quick Bedworth back four. It was looking in all likelihood that set-pieces would bring the best opportunity for either side to add to the scoring.

The Saints started the second half as brightly as the first. Very much in the ascendancy, Sophie Davies was unlucky to have a goal disallowed on fifty five minutes, the referee instead pulling the game back for a foul on Emily Ridge which saw the Bedworth goalkeeper relieved to see only a yellow card.

The resulting free kick from Canlett pulled the save of the match from the fully stretched keeper.

As the clocked ticked down TNS were always in control, a raft of substitutions maintaining the lively impetus.

As Bedworth pushed for the late equaliser it was left to Emily Ridge to seal the game in the 94th minute, once again out pacing the defence to score one on one with the goalkeeper following good work from Huntbach and Yates. 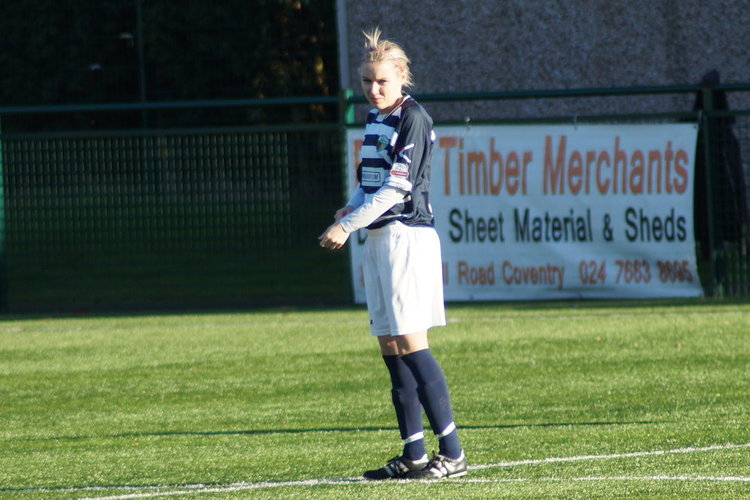 “I am beaming tonight. Bedworth are a really difficult proposition at home; this is a good result make no mistake about that.

I’m really pleased with our defensive structure today which was the foundation for play. We have shown we can defend when we need to and grind out results; the clean sheet was so important because it gives us the confidence to play.

Full credit to Bedworth – we knew they would be well organised and make it very difficult for us, and that they did. We can see why they are flying high in the league.

Overall I thought it was a great game for the neutral, a game both sides contributed to. However I felt on the day we just had that little bit extra quality and thoroughly deserved our win.” TNS Manager, Andy Williams.

It’s back to league action next week as TNS LFC entertain Rotherham United LFC at Park Hall with a 2pm kick off.