Three Wins On The Bounce As TNS Ladies Go Second 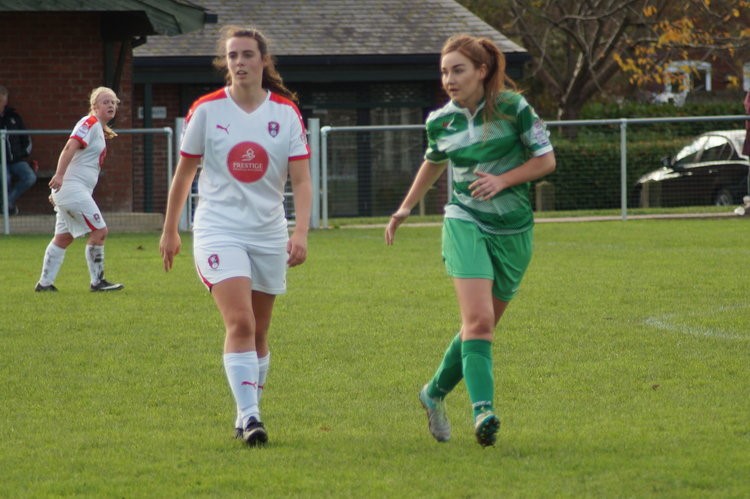 By Stewart Bloor   |   November 19, 2017
Comments Off on Three Wins On The Bounce As TNS Ladies Go Second

The Saints move within one point of league leaders Loughborough Foxes, following a comprehensive 4-1 home win against Rotherham United LFC.

The Ladies made their intent known early on in the search for a third consecutive league win. When Emily Ridge netted a thunderbolt in 32 minutes, making the score 3-0, a comprehensive win looked on the cards. Ridge was adding to her penalty on five minutes and a fierce Phoebe Davies drive with twelve on the clock.

Also sandwiched in between was a series of great saves from the Rotherham keeper, in particular three full length stops from the unlucky Laura Morris, and several other near misses.

When Kim Bebbington added a much deserved fourth on 52 minutes it looked as though the floodgates would open. The anticipated avalanche didn’t come though, despite the high quality build-up play. Rotherham were twice grateful to the woodwork as Kim Bebbington was the unlucky player, as well as indebted to their goalkeeper who made a string of fine saves.

As hard as The Saints pushed for more goals, it was Rotherham who had the last laugh, netting a consolation following a lapse in defensive concentration. The final score of 4-1 did not really underline The Saints’ dominance on the day. 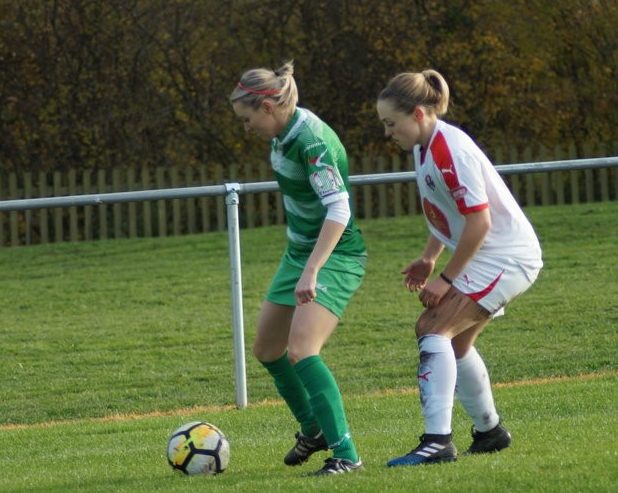 Afterwards a delighted Andy Williams was glowing about his side’s display: “I thought today is as good as we have played this season, I really mean that. I am absolutely delighted with how we set about the game and our application in all phases of the game.”

“Forget the scoreline, what mattered most is the manner of our performance; we have all taken great enjoyment from the game today. The quality of play at times I thought was superb and I hope it came shining through for those watching.”

“These players and this team are an absolute pleasure to work with – it is a joy to be their coach.”