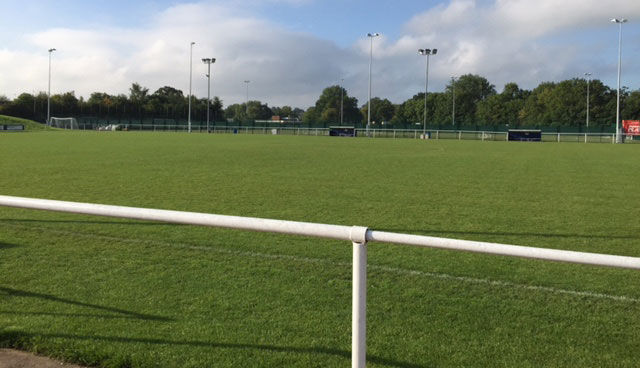 By Stewart Bloor   |   May 1, 2019
Comments Off on Three Points For TNS Ladies FC In the Final Away Game Of The Season

The New Saints Ladies team’s penultimate league game of the season saw them bounce back from their 0-3 away defeat by Sporting Khalsa Women in their previous game 2 weeks earlier to record an ultimately comfortable 4-0 away win over Solihull Moors Ladies in their FA Women’s National League Division 1 Midlands clash at Studley Sports Centre, Studley on Sunday.

Saints went into the game in 8th place in the table, 4 points ahead of 9th placed Burton Albion Ladies with 2 games left.

Meanwhile, Solihull Moors Ladies went into the game on the back of a 2-1 home league win over Steel City Wanderers, which had ended a run of 8 straight league defeats to leave Moors in next to bottom place in the table, 5 points clear of Steel City.

Saints had a goal controversially disallowed just before the end of the 8th minute when the ball appeared to have crossed the line.

The visitors suffered a blow in the 30th minute when keeper Sarah Parkes went down with an ankle injury while attempting a clearance.  There was a delay of 5 minutes while she was treated but Parkes was unable to continue and outfield player Katie Doster came off the bench at the end of the 35th minute to take over in goal.

Saints eventually took the lead when Jodie Bragan’s chipped through ball on the right of middle found Emily Ridge who ran on between 2 defenders before firing her low right foot shot from 12 yards into Moors keeper Sam Abbott’s right hand corner.

It was 2-0 just into the 61st minute when Sarah Jackson’s cross from the left saw Ridge miss before finding Laura Morris who stretched to see her right foot shot from 6 yards at the far post hit the angle of bar and post, with the ball rebounding back to Ridge who headed in from 6 yards.

It was 3-0 in the 65th minute when Phoebe Davies’ free kick from the middle was headed on by Morris to Bragan who fired her low right foot shot from 10 yards into Abbott’s right hand corner.

It was 4-0 a few seconds into the 84th minute when Taylor Davis intercepted a stray pass by Solihull’s Pip Harmison on the Saints right and ran forward before sending a low ball infield to Lauren Brown.  She took a touch and ran outside on the right before sending a low diagonal ball infield to Bebbington 25 yards out, whose low through ball on the right found the overlapping Davis who took a touch before beating Daina Scott and crossing into the middle for the totally unmarked Bebbington to send her header into Abbott’s left hand corner.

The final blast of referee Simon Lane’s whistle after 2 minutes and 48 seconds of added time at the end confirmed Saints’ win which sees them complete a league double over Solihull, having beaten them 3-0 at Park Hall on 30th September.

The New Saints Ladies have just one league game left which is at home to Burton Albion Ladies this Sunday (5th May) at the former Morda United FC ground, Weston Road, Morda with a 2.00pm kick off.

Their final game of the season is on Sunday 12th May when they play Shifnal Town Ladies in the final of the Tom Farmer Shropshire Women’s Cup at Shrewsbury Town’s Montgomery Waters Meadow ground.  The kick off time is still to be confirmed at the time of writing.