The New Saints Ladies FC End The Season In Style, As They Lift The Tom Farmer Cup 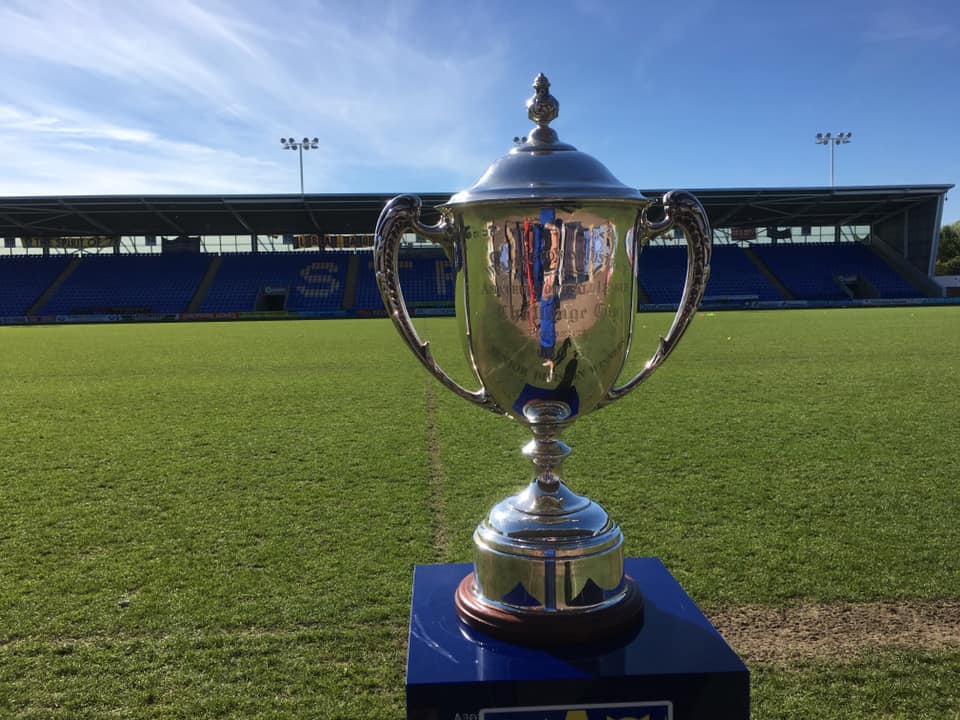 By Stewart Bloor   |   May 12, 2019
Comments Off on The New Saints Ladies FC End The Season In Style, As They Lift The Tom Farmer Cup

The New Saints Ladies FC ended the 2018/19 season in style, as they beat Shifnal Town Ladies 9-1 in the Tom Farmer Shropshire FA Cup final. The game, played in glorious sunshine at Shrewbury Town’s Montgomery Waters Meadow Stadium, saw Lawrence Wilson’s side dominate as they made it eleven wins overall in the competition.

The New Saints enjoyed the early possession and we were into the fourth minute before goalkeeper, Sarah Parkes, had her first touch. It was an opportunity that Shifnal failed to convert, however, with the action then immediately transferring to the other end as Lawrence Wilson’s side looked to break the deadlock.

In the seventh minute it looked like The New Saints had taken the lead for a moment, but Laura Pennington’s shot from the right hit the side netting.

It was anything but unlucky thirteen though, when a Lia Lewis free-kick found the head of Kim Bebbington, as The New Saints established the lead.

Just two minutes on, a penalty was awarded to TNS, that was calmly converted by Laura Morris, who placed the ball to Terri Henderson’s right.

Another penalty just afterwards, saw Emily Ridge tuck it away this time, as a comfortable lead was established with just seventeen minutes gone.

It was 4-0 in the 27th minute, as continued pressure paid off, when Laura Pennington added her name to the score sheet.

Failure to deal with a low ball in from the Shifnal right presented Laura Morris with a straightforward opportunity, as she slotted home from close range, to score her second and the side’s fifth.

The sixth goal fell to Ridge whose curling ball from the left, in the 41st minute, gave the keeper no chance.

Still battling away though and failing to let their heads drop, Shifnal pulled a goal back in the 45th minute when Boddison converted at the end of a good move.

Just three minutes into the second period, the six-goal advantage was restored, as Emily Ridge completed her hat-trick by slotting home from inside the penalty area.

Although the red and white shirts continued to battle away, The New Saints dominated proceedings. It was the 65th minute though before the Shifnal defence was breached again. A Lewis shot that came off the bar was headed home by Pennington, as the number 19 scored her second goal of the game.

A close range effort made it 9-1 on the night as Kim Bebbington converted from close range in the 72nd minute.

As the second-half wore on, Lawrence Wilson used all his substitute options, thus ensuring that the maximum number of girls were able to enjoy the experience of not only lifting the trophy, but playing at the Shrewsbury Town FC stadium in the process.

Substitutes: Jackson on for Bebbington (75), Cleveley, Ashworth on for Pennington (82), Griffiths, Doster on for Bragan (68)