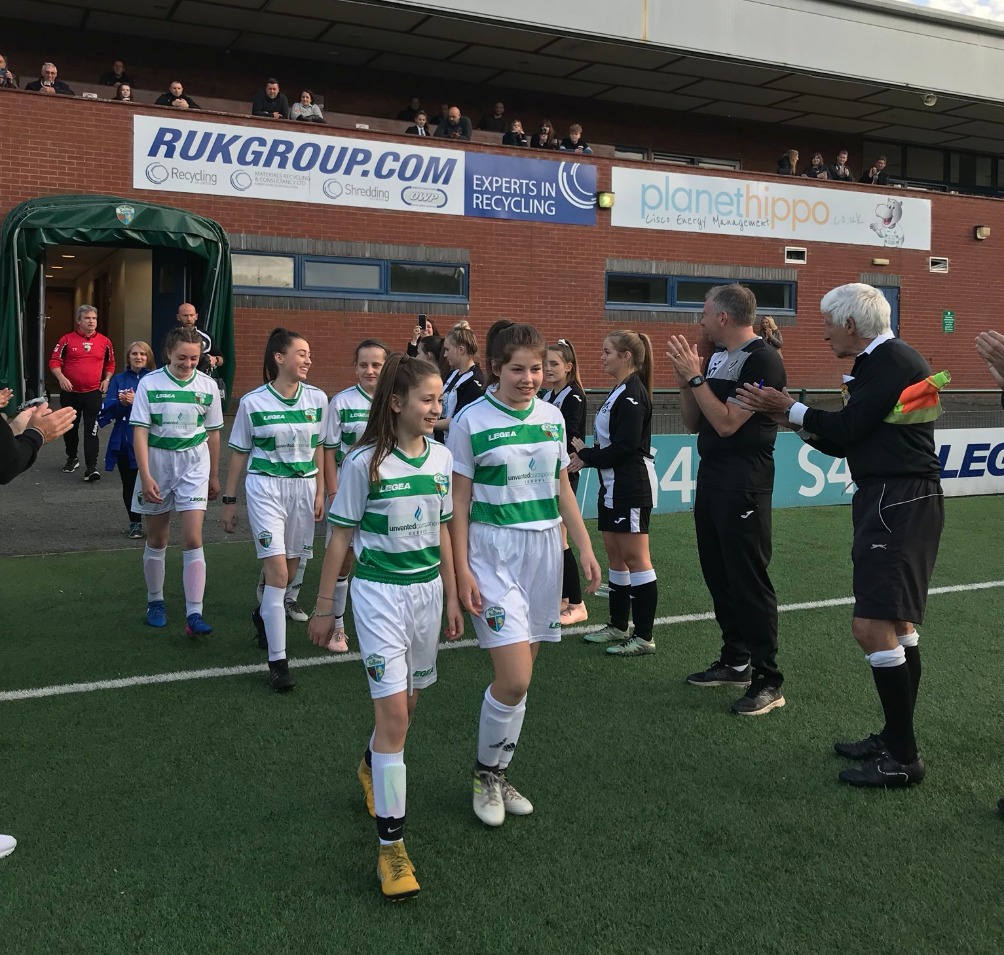 The New Saints Girls Under 15 team ended a successful season in style as they won 5-1 at home to Albrighton Girls Under 15 in their Shropshire Girls League U15 Division clash at Park Hall Stadium on Wednesday night.

Saints had already long since won the title to add to the league’s Under 15 Charity Cup, in which they beat Albrighton 4-2 in the final at Market Drayton on 4th May.

Indeed, their only dropped points in the league came in a 2-2 away draw with Albrighton on 26th January.

Meanwhile, Albrighton went into the game on the back of a 3-1 away league win over Newport Girls U15 Olympians 48 hours earlier which saw them get back to winning ways after having their six match winning run in all competitions ended by a 2-4 defeat by Saints in that U15 Charity Cup Final.

The evening started on a sporting note when Albrighton’s players and management team generously formed a guard of honour for the Saints players as they came out onto the pitch before kick-off.

In a match played over 40 minutes each way, Abby Sheriff gave Saints the lead in the 9th minute before a burst of two goals in the space of just over 90 seconds from Sioned Roberts in the 28th minute and Sheriff’s second of the night in the 29th minute saw Tim Turner’s side increase their lead to 3-0 at half-time.

First-half sub Charlie Herbert made it 4-0 just into the 51st minute and although Beth Dyall pulled a goal back for Albrighton in the 57th minute, Herbert fired her second of the night to make it 5-1 in the 62nd minute.

There were no more goals after that and the final blast of referee John Davies’ confirmed Saints’ win to ensure they had gone through the whole season undefeated.

Guard of honour ahead of the Treble winners entrance to the pitch. TNS 15s, won 7/1 tonight in their last game of the season. Another top season for our girls @TNSLFC @TnsLadiesYouth well done girls and coaches. Now for a well earned months break. pic.twitter.com/YwuxuPb7Ph

Thanks to Sarah Kaye for the images.