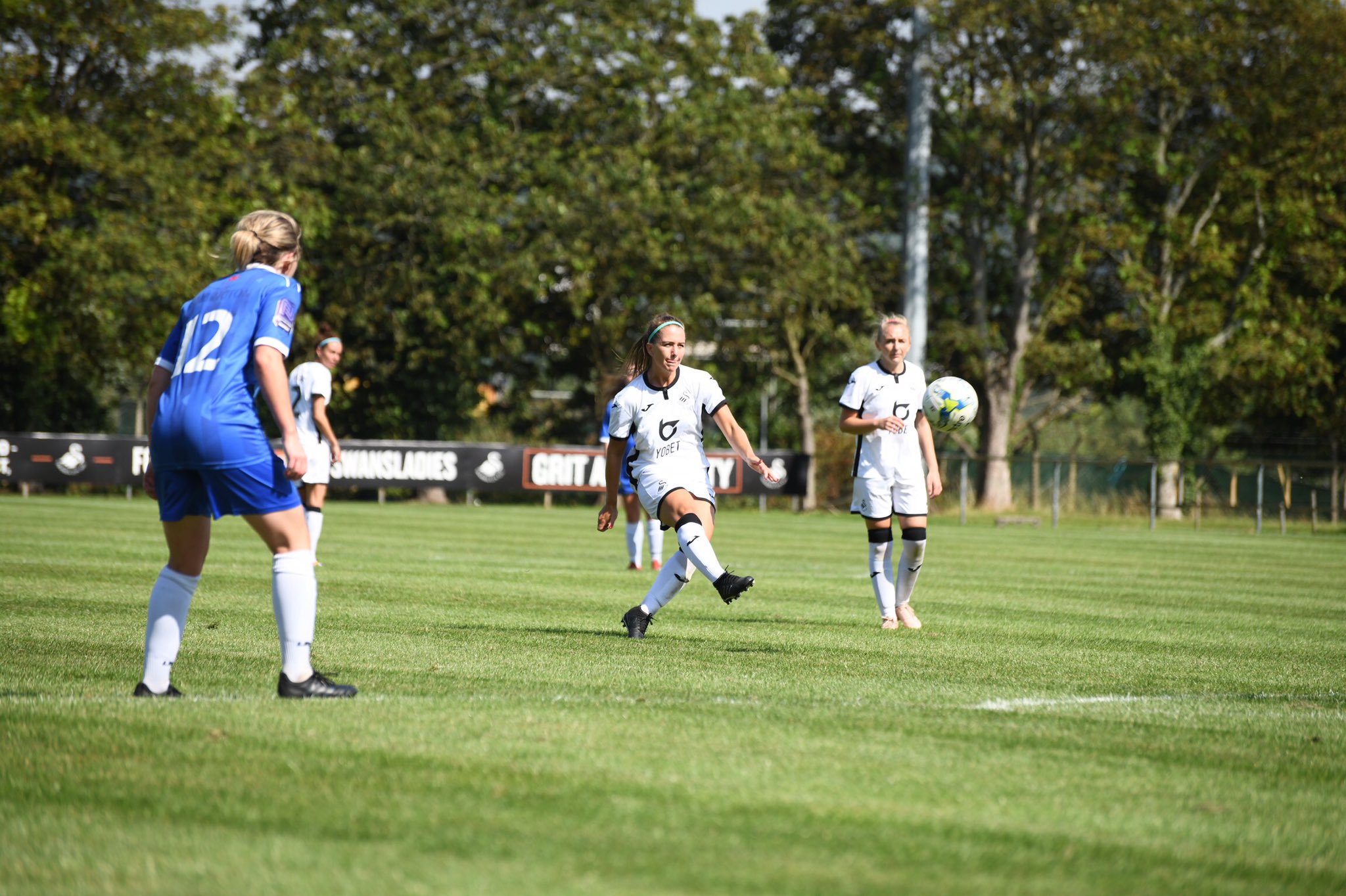 The New Saints Ladies’ penultimate pre-season friendly saw them slip to a 1-3 away defeat by Swansea City Ladies at the Llandarcy Academy of Sport last Sunday afternoon (4th August).

Saints had gone into the game on the back of a 1-4 home defeat by Everton Ladies Under 20s earlier in the week.

Meanwhile, Swansea went into the game on the back of an away win over Penybont Ladies in their most recent friendly the previous Sunday.

Although the first half ended with the scoresheet still blank, there was plenty of good football played by both sides.

Swansea took the lead right at the end of the 50th minute when a lame toe-poke by Taylor back towards Parkes found Swansea’s Emma Beynon, who took a touch to control before firing her right foot shot from 12 yards into Parkes’ right hand corner.

Swansea went 2-1 up in the 79th minute when Ellie Lake’s long ball over the top from the right of middle into the box found Stacey John-Davis, who took a touch before seeing her right foot lob from 18 yards take a ricochet off Parkes’ left hand post and off a Saints defender into the keeper’s left hand corner.  However, the ball had already crossed the line before it hit the defender so was John-Davis’ goal.

Swansea made a change in the 81st minute with Phoebe Ware coming on for John-Davis.

It was 3-1 just into the 82nd minute when Beynon fired a great right foot free kick from 25 yards into Parkes’ right hand corner for her second goal of the afternoon.

Swansea made a change in the 83rd minute when Lauren Jones came on to replace Lake before the hosts made the final change of the afternoon in the 85th minute when Kate Searle came on for Sarah Adams.

The final blast of referee Philip Harris’ whistle after 1 minute 50 seconds of added time at the end brought the game to a close and confirm Saints’ defeat by their more illustrious hosts.

However, Saints had put in a battling performance.