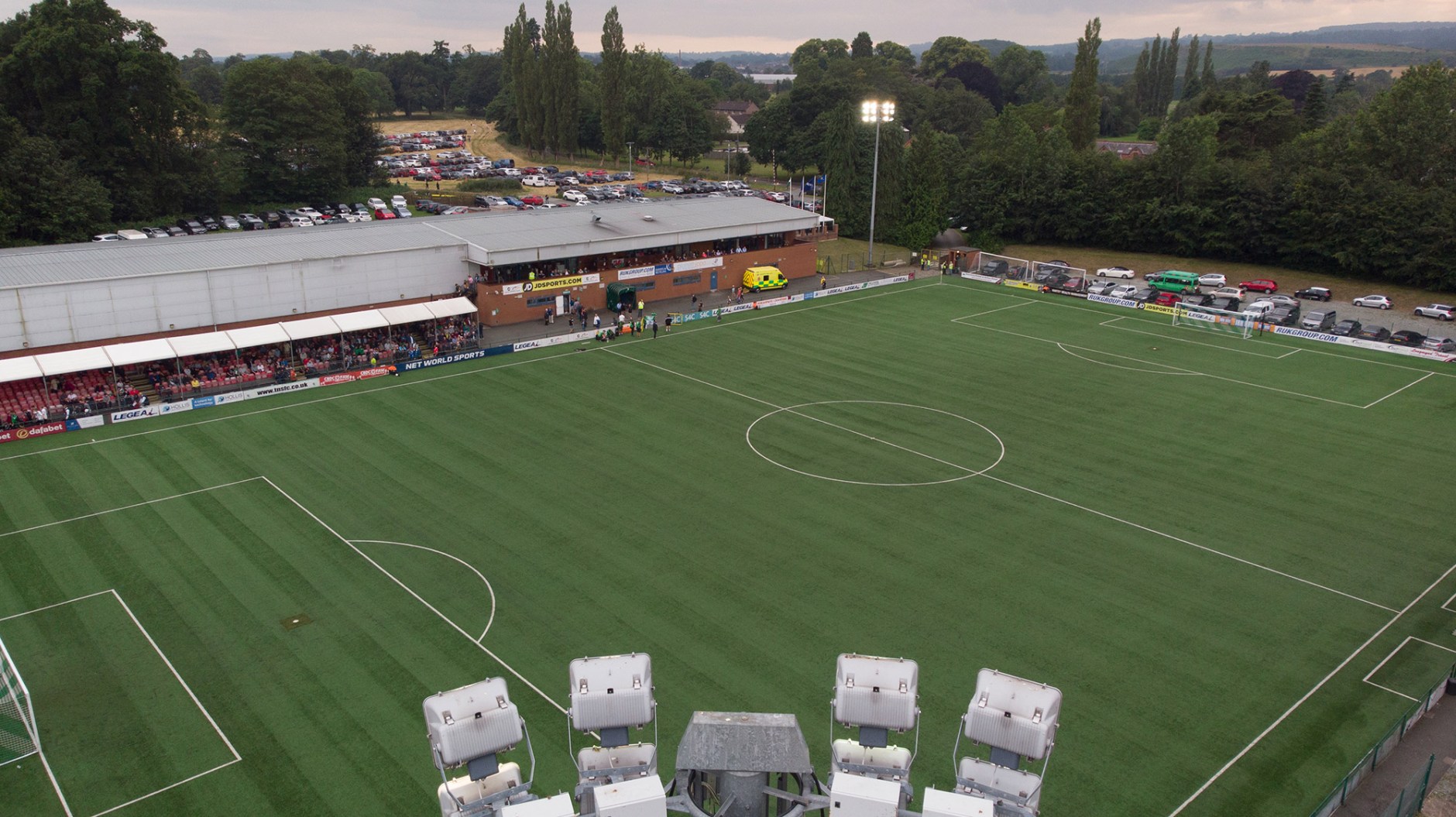 It was a case of ‘6 of the best’ as The New Saints Ladies began their FA Women’s Cup campaign with a bang after storming to a 6-1 home win over FA Women’s National League Division 1 Midlands rivals Long Eaton United Ladies in their 2nd Qualifying Round tie at Park Hall Stadium on Sunday.

Saints went into the game on the back of a 1-1 league draw at Long Eaton the previous Sunday which had left Saints in 4th place in the table, level on points with 3rd placed Birmingham and West Midlands Ladies (but with an inferior goal difference) and 3 points behind 2nd place Long Eaton.

It was sweet revenge for Saints over the Derbyshire side who had beaten them 7-1 at Long Eaton at the same stage of the competition last year.

Saints got off to the best possible start just before the end of the 6th minute when Taylor Davis ran down the right before sending a low through ball on the right to Katie Doster, who took a touch and held the ball up before turning and sending a low through ball to Laura Pennington.  She turned her marker and ran a few yards into the right hand side of the box before firing her low right foot angled drive from 12 yards into Long Eaton keeper Merle Schmid’s right hand corner.

It was 2-0 in the 25th minute when Helen Evans’ free kick from the left to the far post found Doster who rose highest to send her header from 6 yards into Schmid’s right hand corner.

It was eventually 3-0 in the 44th minute when Kim Bebbington’s low diagonal ball from middle to right found the on-running Doster, who took a touch and ran towards the right of the box before firing her low right foot angled shot from just outside the box into Schmid’s right hand corner.

It was 4-0 in the 52nd minute when half time sub Zoe Griffiths’ corner from the left to the far post found Doster. who sent her header from 6 yards into Schmid’s top left hand corner to complete her hat-trick.

It was 5-0 in the 76th minute when Bebbington ran forward down the left before sending a low through ball to the overlapping Helen Evans, who fell over but recovered before crossing for Lucy Brown to fire her first time right foot shot from 5 yards into Schmid’s left hand corner.

It was 6-0 in the 85th minute when Griffiths’ corner from the left into the middle found Charlotte Turner, who headed into Schmid’s left hand corner from 4 yards.

Then, with 28 seconds of normal time left, Long Eaton pulled back what was no more than a consolation goal when second half sub Amy Wells’ corner from the left to the far post found Kelly Kennaugh, who sent her header from 2 yards into Saints keeper Beth Cleveley’s right hand corner.

The final blast of referee Andrew Biggin’s whistle after a touch over 3 minutes of added time at the end  brought the game to an end to confirm Saints’ win and their place in the 3rd Qualifying Round.

The draw for the 3rd Qualifying Round was made at lunchtime on Monday and The New Saints Ladies have been drawn away to Peterborough United Ladies.

Peterborough play in the East Midlands Regional League Premier Division, one level below Saints.  The tie is due to be played on Sunday 27th October.

The New Saints Ladies are away to Derby County Ladies in the FA Women’s National League Cup 3rd Round this Sunday.  The match is due to be played at Mickleover Sports FC’s ground, Station Road, Mickleover with a 2.00pm kick off.