Victory For TNS Ladies FC In The FA Women’s Cup 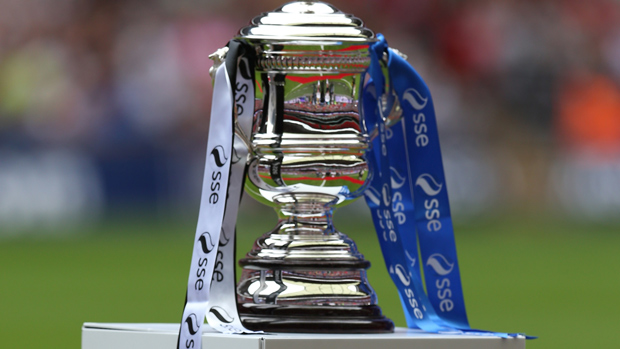 After crashing to a spectacular 1-10 away defeat by FA Women’s National League Northern Premier Division side Derby County in the FA Women’s National League Cup the previous Sunday, The New Saints Ladies bounced back to reach the 1st Round Proper of the FA Women’s Cup with a superb 3-2 away win over Peterborough United Ladies in a thrilling 3rd Qualifying Round tie at the Mick George Training Academy ground, Peterborough last Sunday (27th October).

Saints had gone into the game in 4th place in the FA Women’s National League Division 1 Midlands, a point clear of both 5th placed Lincoln City and 6th placed Leicester United with Lincoln ahead on goal difference.

Meanwhile, Peterborough went into the game in 2nd place in the East Midlands League Premier Division (one level below Saints in the pyramid), 2 points behind top of the table Rotherham United Women having won 3 and drawn 1 of their 4 league games so far.

Their most recent game on 13th October saw them win 12-0 away to bottom of the table Loughborough Students Women so Saints knew they would have to be on top of their game if they were to avoid being on the wrong end of a cup shock in Cambridgeshire.

Peterborough went close in the 5th minute when a through ball down the middle found Keir Perkins who ran on before having her right foot shot saved by Saints Keeper Sarah Parkes.

Indeed, it was the hosts who took the lead in the 8th minute when Leah Crawford’s low through defence-splitting pass found Perkins, who ran between Saints defenders Charlotte Turner and Caitlyn Smith before having her right foot shot from 9 yards saved to her left by Parkes.  However, the ball ran to Perkins who fired her right foot shot from 8 yards into Parkes’ left hand corner to give Saints a wake up call.

Saints’ first chance of note came in the 10th minute when Helen Evans’ low forward ball on the right of middle found Laura Pennington, who dragged it between her feet before having her right foot shot from 18 yards saved at point blank range by Peterborough keeper Kathryn Lusk.

Saints suffered a blow when Smith succumbed to injury and was replaced in the 23rd minute by Mia Evans.

Peterborough went close in the 27th minute when Megan Parrett cut in from the right before firing her left foot shot from near the right hand corner of the box wide of Parkes’ left hand post.

Another chance came the hosts’ way with exactly 28 completed minutes played when Parrett’s corner from the right to the far post found Stacey McConville, who sent her header from 6 yards wide of Parkes’ left hand post.

Then at the other end in the 32nd minute, Saints went close when Zoe Griffiths’ low through ball  on the left found Kim Bebbington, who ran on to leave herself with a one on one with Lusk before having her right foot shot from 12 yards held by the keeper at her right hand post.

Then just into the 36th minute, Pennington ran into the left of the box and beat 2 players before Lusk came out to make a smothering save at the striker’s feet.  Lusk suffered a back injury in the process and after a lengthy stoppage of some 12 minutes which resulted in her being stretchered off, Laura Beckett came on to replace Lusk in goal despite actually being a striker.

Then in the 6th minute of added time at the end of the half, Saints equalised when Griffiths’ short corner from the right was returned to her by Yasmin Evans and Griffiths’ cross from the right saw keeper Beckett push the ball over her head as she fell backwards.  Pennington pounced and had her first time right foot shot from 2 yards spilled over the goal-line by Beckett, who tried to claw the ball back but the assistant referee had correctly flagged for a goal.

The first chance of the second half came Saints’ way in the 49th minute when Helen Evans ran down the right before crossing for Bebbington, who steered her left foot shot from 16 yards wide of Beckett’s left hand post.

Peterborough went close in the 59th minute when a long cross-field ball from middle to right found Hannah Pendred, who took a touch switch it onto her left foot before having her left foot shot from 7 yards held to her left by Parkes.

Saints went close in the 66th minute when Lia Lewis’ right foot shot from 22 yards was blocked by a defender with the ball rebounding to Pennington, who spun before having her right foot shot 12 yards held by Beckett.

A chance came the hosts’ way in the 71st minute when McConville’s right foot shot from 25 yards dropped only just over the bar to Parkes’ left.

Saints went 2-1 up in the 72nd minute when Helen Evans’ cross-field ball from right to left found Griffiths who took a touch before sending a low through ball to Bebbington, who ran on before firing her right foot shot from 15 yards into Beckett’s right hand corner.

Saints made their second change in the 75th minute when Maisy Millerchip came on to replace Helen Evans.

Then in the 83rd minute, the hosts equalised when Crawford’s low through ball on the left found Pendred who ran on before sending a low driven ball across the box to Donna McGuigan, who fired her low right foot shot from 5 yards into Parkes’ left hand corner.

Then in the 88th minute with extra time looming large, Saints won it when Griffiths’ long cross from the right was blocked by a defender with the ball rebounding to Griffiths, whose first time cross to the far post found Bebbington who slid in to send the ball off her knees into Beckett’s left hand corner for second goal of the afternoon.

The final blast of referee Jack Walker’s whistle after 3 minutes and 29 seconds of added time at the end brought a thrilling game to a close to confirm Saints’ win their place in the 1st Round Proper.

However, they had been pushed all the way by a very good Peterborough side who belied their lower ranked status.

The draw for the 1st Round Proper was made on Monday 28th October and The New Saints Ladies have been drawn at home to Chorley Ladies.

Chorley play in the FA Women’s League Division 1 Northern, the same level as Saints who play in Division 1 Midlands.

At the time of writing, the Lancashire side are in 10th place out of 12 in the table and are only a point ahead of both 11th placed Bradford City and bottom side Newcastle United, who have 2 games and 1 game in hand respectively.

It would seem on the face of it to be a winnable tie for Saints, who will be hoping to emulate their feat of 2 seasons ago when they made it through to the 4th Round Proper.

The tie is due to be played at Park Hall Stadium this coming Sunday (10th November) with a 2.00pm kick off.