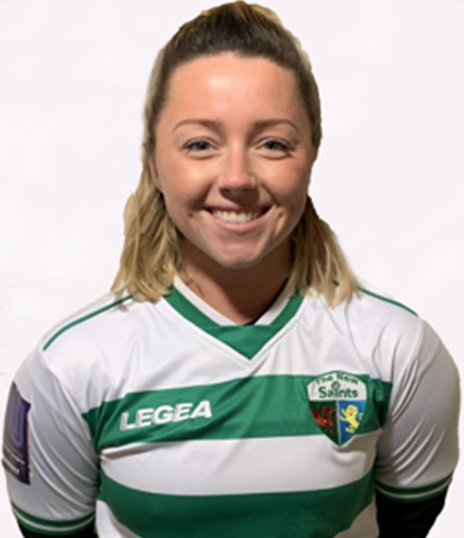 A new signing in January 2019, Cowell is capable of playing in both midfield and defence, she has an eye for a pass and her rugby past means she loves a physical battle.

Cowell had a successful career in the north of England where she’s from, and after moving to Wales, she has continued that development before joining The Saints and pushing forward in her football journey.